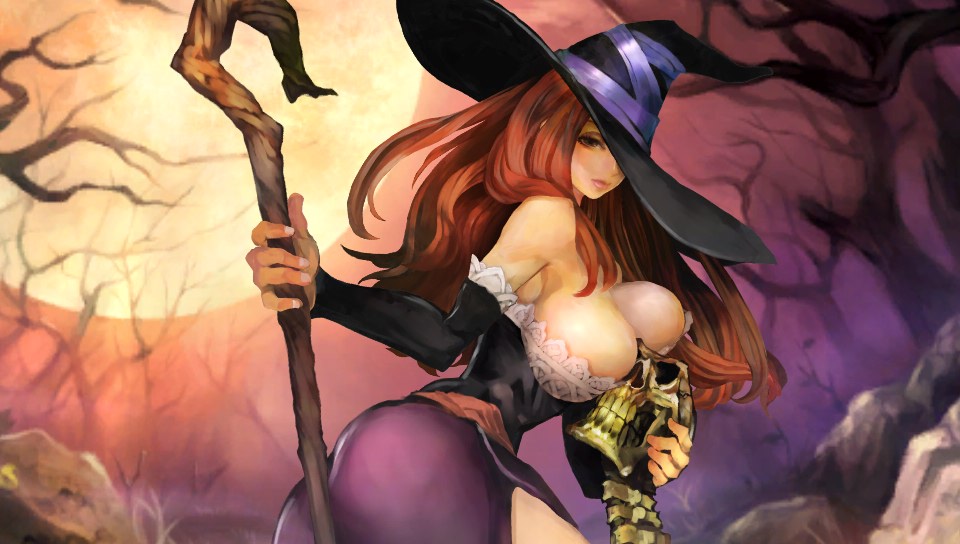 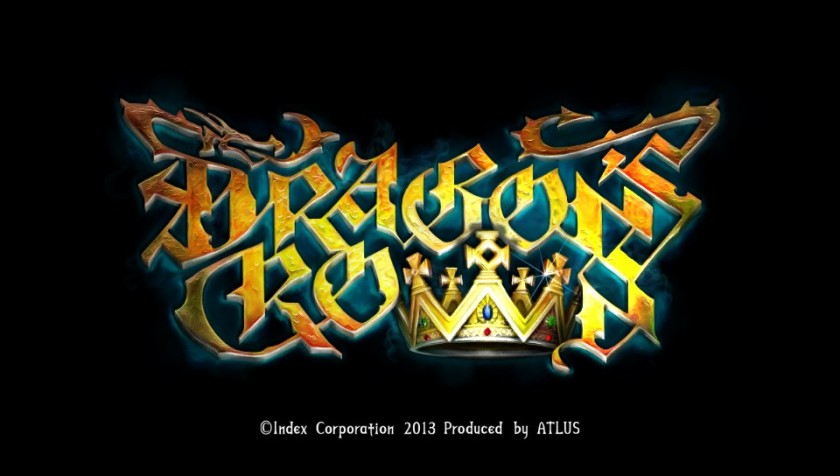 (Note: This review is my opinion only. I have not received any payment for this review)

Dragon’s Crown, developed by Vanilllaware and published by Atlus, is a third person side scrolling action game, with RPG elements. In it, you choose from six different classes (Amazon, Dwarf, Elf, Fighter, Sorceress, or Wizard ) and embark on a quest to stop a plot to take over the kingdom and find the legendary Dragon’s Crown.

The game, out now on both the PS Vita and the PS3, features beautiful hand-drawn graphics and backgrounds, Both version are identical (with the PS3 having a bit more to the special effects) and look amazing in motion. The lead artist, George Kamitami, who worked on CAPCOM’s Dungeons & Dragons arcade games, definitely drew inspiration from manga, fantasy art and the aforementioned D&D games.

The gameplay is also similar to games like D&D: Shadow over Mystara and SEGA’s Golden Axe, but with RPG elements. Weapons and armour are earned after completing each quest, but have to be appraised (for a fee) in order to be used. These weapons and armour have a minimum level you must be to be able to use. You usually get items that are in or around you characters current level, sometimes one or two levels higher and sometimes not even for your character class.

Combat is simple. You are in a 2.5D world, able to move from the foreground to the background. You have the basic melee attack done by the Square button, with a charcter specific attack used with Circle (i.e., the Elf shoots her bow, Wizard casts spells, etc.), jump with X and item pick up with Triangle. Item use, which includes magic rings, spell scrolls and potions, are scrolled through by the D-Pad left or right and used by D-Pad down.

Movement is done with the left analog stick. The right stick controls a curser that is used to activate rune stones, open chests and doors and interact with the environment. In the PS Vita version, you can use the touch screen to perform these actions.

Games like Dragon’s Crown are best played with other characters, either AI or other players, helping you on the quest. Dragon start out letting you recruit companions from the tavern screen. They do not level up or repair their equipment, so you will be looking for newer companions as you progress. They can be found in the various dungeons as bones, which you bring back to the temple to be resurrected at your cost. Then, they can be selected at the Tavern to join your party.

Other players can join you as well. Local multiplayer is open at the start on the PS3, with up to four people able to join. As you progress in the game, ad hoc (local with two Vitas) becomes available as well as online play on both versions, with random players able to drop into your game. There is no voice chat, however so if you are trying to complete a side mission in a certain way, it is best to play offline.

This game is fun to play, especially if you are a fan of similar games, but there are some complaints I have. First, there is little customization to your characters, Besides naming them, inputting some key phrases and weapon choice, you Elf looks line all the other Elves. Changing armour and accessories do not change you characters appearance, with is too bad, but understandable. A secondary look, much like Shadows over Mystara introduced in that series, would be welcome.

Secondly, You have not real control over your NPC companions. You cannot know what characters you will get when you resurrect bones found in the dungeon (though some may give hints with the dying message you read with their bones, especially if generated from another player encountered online.) If you are a Level 20 Sorceress, you might have the other classes at lower levels but a bunch of other Sorceresses at or around your level.

Lastly, item management can be only done in town. Later on, when given two paths, you can switch equipment only if you have a extra set already sorted out in Bags. Bags will have weapons armour and accessories not associated with any other sets. If your weapon or armour breaks mid-quest, you are stuck with it until you finish the dungeon.

Once this I have to mention, because it is all over the gaming sites, is the art direction. Personally I like the art, but some have voiced concern over the way females are drawn in this game, especially the Sorceress. She is a busty character, with her cleavage being prominent in her poses and the way she moves. I think it’s common for fantasy characters to be drawn like that. Same with some of the still art. The mermaid has a nude human half,, with her nipples covered by a swimming fish and her ass blending in with her fish features. This is nothing knew and is a common depiction. But there is one that I found a little over the top: A warrior priestess, clad in plate mail, lying injured with a hellhound head still biting her leg. She is drawn with her legs spread over, moaning in pain. Now, sure she is dressed fully, but there has to be a better way to draw her. Especially when the game lets you click on the pictures to learn more about the character (with the mermaid’s saying “She eyes you, not so subtly judging you” and the Priestess’ saying “Her armor protects her body AND her modestly.” if you touch near any…sensitive areas.) This may be a personal taste issue and a Japan versus Western sensibilities issue.

Both the PS3 and the PS Vita have a save share feature that lets you upload your saved game on one system and download it on the other and continue playing where you left off. It is nice to be able to play the game on my Vita and then continue the same character on the PS3. Unfortunately, both version are sold separately but, as a digital copy for the vita with the PS3 version would have been nice (like with Playstation All Stars), I prefer having a physical copy for my Vita.

Overall, this is a great game for those who like a good mindless dungeon crawlers with a little bit of item management thrown in. As a fan of the Dungeons & Dragons arcade games (available now for download on PSN, Xbox Live or Steam), this is sort of the direction I would have hoped the series would have taken if it continued. The cross save features are nice for those who have both versions, it remains to be seen if any paid DLC (if any) will be a cross-goods compatible. If you are to get just one version and you have both systems, I would recommend the PS Vita version because it is a good solid game for the system which uses it’s touch screen well

Dragon’s Crown was released on 6th August 2013 in the North American market. The PS3 version retails for $49.00 CDN while the PS Vita version retails for $39.99 CDN. This game is rated T (TEEN) by the ESRB ratings board for Blood and Gore, Partial Nudity, Suggestive Themes, Use of Alcohol and Tobacco and Violence